the Art of the Spot


Welcome to the Museum of Animated Commercials 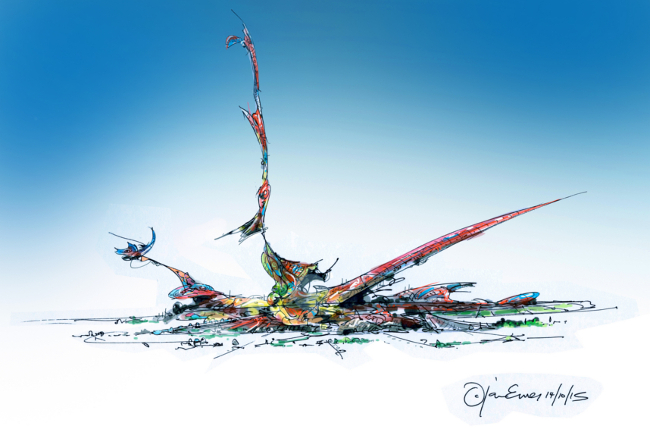 Animated ads have been a part of our culture for three quarters of a century. The best have transformed our television screens into a virtual canvas of visual wonderment. Indeed, some of the most entertaining moments in the history of television have been animated commercials. Though their broadcasting life is short-lived some prove to be so outstanding they make an impression with us that lasts for years. Now for the first time, the cream of the crop have been curated for exhibition in the Museum of Animated Commercials.

Advertising, however subtle or blatant, is ultimately devised to sell a product or service. But when taken out of the context of commerce and framed as kinetic art, the Museum of Animated Commercials converts into an energetic gallery of articulated ideas executed with vision and refinement. Examined closer, each production is a virtuosity of technique and style, choreographed into a fantastical fusion of sight and sound.

Animation historian, author and movie critic Charles Solomon states in his book Enchanted Drawings: The History of Animation, “Since the earliest days of television, commercials have consistently offered the boldest graphics, the most fluid animation, the newest technology and the most sophisticated direction on the air.” Whether the work was created decades ago or however dazzling the latest state-of-the-art tour de force may be today, at the fundamental core of these efforts lies the intersection where the art of communication meets the communication of art.

Selections range from simple but high caliber black-and-white endeavors to complex, colorful spectacles. Each succeeds in evoking scenarios that connect with audiences—often times imparting a sense they're from a larger story. For an upcoming generation in the creative communications industry these timeless, smart works stand as archetype for short form storytelling. As curator, my focus is not so much on the history of the medium as it is on what the art of the spot has evolved into—and the masterfully skilled talent and out-of-the-box ideas that brought it to this level.

The Museum of Animated Commercials was established to promote the medium as an art form, bringing into focus the aesthetics of the production. To this end prime examples are highlighted with an afterlife beyond their ephemeral function. But more than this, with these particular works on exhibit the potential of the format is being unveiled like a window that's just been opened to an endless view; and it’s time we took a more informed look.

What once was intended as impermanent creations are now on permanent exhibition 24/7. . . in a museum . . . in cyberspace. Who knew?