the Art of the Spot 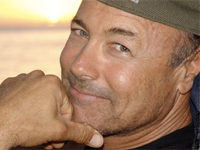 The Art of the Spot is a conference not so much about the history of the medium as it is about the art form it has evolved into—and the high caliber talent and out-of-the-box ideas that brought it to this level. To an upcoming generation in the creative communications industry, these celebrated works stand as archetype for short form storytelling.

Many who are being invited to speak at The Art of the Spot have won awards at the industry’s most prestigious assemblages, such as the Cannes Lions International Festival of Creativity in France and the New York based Clio Awards. (Winning the gold Lions or Clio is the equivalent of an Academy Award in the advertising industry. In fact, a number of Oscar alum directed several of these works, which will be on exhibit in the forthcoming Museum of Animated Commercials.)

At a time when traditional platforms for commercials are being redefined and merging with new media, this conference provides a forum to discuss and explore the state of the art form, its future and more with the creative visionaries who led it to this point.

Join us for this inaugural occasion!

Chris has produced and promoted a variety of animation events, ranging from two Digital Dreams symposiums at UC Irvine with ILM, Pixar, Digital Domain, PDI/DreamWorks and Rhythm & Hues to orchestrating the Hollywood premiere of Hayo Miyazaki’s “Princess Mononoke” to the one-hundredth year anniversary celebration of stop-motion animation at the Los Angeles County Museum of Art, to name a few. He’s consulted for the Academy of Motion Picture Arts and Sciences; and the nationwide box-office success of his Fantastic Animation Festival pioneered the theatrical niche for short form animation. He's a Coro Arts Fellow graduate (a California state funded program on leadership in the arts) and was awarded a scholarship to the Art Center College of Design.